OSP is a process for surface treatment of printed circuit board (PCB) copper foil that meets the requirements of the RoHS directive. 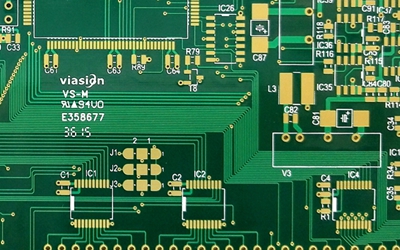 What does the circuit board OSP (anti-oxidation) process mean?

Simply put, OSP is to chemically grow a layer of organic film on the clean bare copper surface. This layer of film has anti-oxidation, thermal shock resistance, and moisture resistance to protect the copper surface from rusting (oxidation or sulfidation, etc.) in a normal environment; but in the subsequent welding high temperature, this protective film must be very It is easy to be quickly removed by the flux, so that the exposed clean copper surface can be immediately combined with the molten solder into a strong solder joint in a very short time.

OSP is different from other surface treatment processes in that it acts as a barrier between copper and air. Simply put, OSP is to chemically grow an organic film on the clean bare copper surface. Because it is organic, not metal, it is cheaper than tin spraying.

The only function of this organic film is to ensure that the inner copper foil will not be oxidized before welding. This layer of film volatilizes as soon as it is heated during welding. The solder can weld the copper wire and the components together. But this organic film is not resistant to corrosion. If an OSP circuit board is exposed to the air for ten days, the components cannot be soldered. Many computer motherboards use OSP technology. Because the circuit board area is too large, OSP is more economical.

The advantages and disadvantages of the circuit board OSP (anti-oxidation) process:

It has all the advantages of bare copper welding, and the expired board can also be surface treated again.

2. OSP itself is insulated and non-conductive, which will affect electrical testing. Therefore, the test point must be opened with a stencil and printed with solder paste to remove the original OSP layer to contact the pin point for electrical testing. OSP can't be used to handle electrical contact surfaces, such as keyboard surfaces for keys.

3. OSP is easily affected by acid and temperature. When used in the secondary reflow soldering, it needs to be completed within a certain period of time. Usually the effect of the second reflow soldering will be relatively poor. If the storage time exceeds three months, it must be resurfaced. It must be used up within 24 hours after opening the package.