Shenzhen VIASION Co., Ltd. will explain to you how to prevent PCB board warpage?

PCB manufacturers tell you how to prevent PCB board warpage? 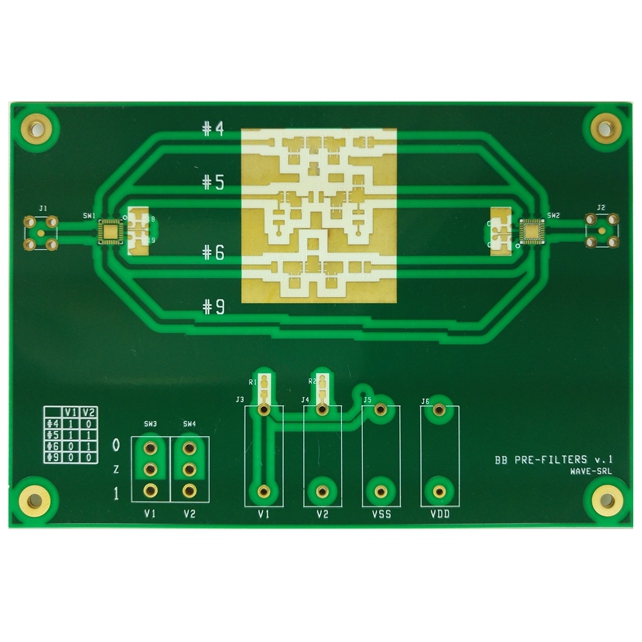 Prevent printed circuit board from warping during processing

1. Prevent or increase substrate warpage due to improper inventory method

For example, the conductive circuit pattern of the PCB board is not balanced or the circuit on both sides of the PCB board is obviously asymmetrical, and there is a large area of copper on one side, which forms a large stress, which causes the PCB board to warp, and the processing temperature is high or hot in the PCB process. Impact, etc. will cause the PCB board to warp. For the impact caused by improper storage method of the laminated board, the PCB factory is better to solve it, and it is enough to improve the storage environment and eliminate vertical placement and avoid heavy pressure. For PCB boards with a large area of copper in the circuit pattern, it is best to mesh the copper foil to reduce stress.

3. Eliminate substrate stress and reduce PCB board warpage during processing

In the process of PCB processing, the substrate has to be subjected to heat and many chemical substances. For example, after the substrate is etched, it needs to be washed with water, dried and heated. Electroplating is hot during pattern electroplating. After printing green oil and marking characters, it must be heated or dried with UV light. Thermal shock to the substrate when hot air is sprayed. It's also big, etc. These processes may cause the PCB board to warp.

4. When wave soldering or dip soldering, the solder temperature is too high and the operation time is too long, which will increase the warpage of the substrate. For the improvement of the wave soldering process, the electronic assembly factory needs to cooperate.

Since stress is the main cause of substrate warpage, if the copper clad laminate (also called h board) is baked before the copper clad laminate is put into use, many PCB manufacturers believe that this approach will help reduce the warpage of the PCB board. The function of the baking sheet is to fully relax the stress of the substrate, thereby reducing the warpage of the substrate during the PCB manufacturing process.

1. Flatten the warped board in time during the PCB manufacturing process

In the PCB manufacturing process, pick out the board with relatively large warpage and level it with a roller leveler, and then put it into the next process. Many PCB manufacturers believe that this approach is effective in reducing the warpage ratio of PCB finished boards.

For PCBs that have been completed, the warpage is obviously out of tolerance and cannot be leveled with a roller leveling machine. Some PCB factories put it in a small press (or similar fixture) to press the warped PCB. Live for a few hours to more than ten hours for cold pressing and leveling. Observed from practical applications, the effect of this practice is not very obvious. One is that the leveling effect is not great, and the other is that the leveled board is easy to rebound (that is, the warpage is restored).

There are also PCB factories that heat the small press to a certain temperature, and then hot-press and level the warped PCB. The effect is better than cold pressing, but if the pressure is too large, the wire will be deformed; if the temperature is too high Defects such as discoloration of pine perfume to base discoloration will occur. Moreover, it takes a long time (several hours to ten hours) to see the effect whether it is cold pressing leveling or hot pressing leveling, and the proportion of warpage rebound of the leveled PCB board is also high. Is there a better leveling method?

(1) Clamp the warped PCB board into a bow-shaped mold and put it into an oven to bake and level:

Place the warped PCB board's warped surface against the mold bow curve, adjust the clamp screw to slightly deform the PCB board in the opposite direction of its warpage, and then put the mold with the PCB board in an oven heated to a certain temperature for baking Bake for a while. Under heated conditions, the substrate stress gradually relaxes, so that the deformed PCB board is restored to a flat state. However, the baking temperature should not be too high to avoid discoloration of rosin perfume or yellowing of substrate. But the temperature should not be too low, it takes a long time to fully relax the stress at a lower temperature.

Generally, the glass transition temperature of the substrate can be used as the reference temperature for baking. The glass transition temperature is the phase transition point of the resin. At this temperature, the polymer chain segments can be rearranged and oriented to fully relax the substrate stress. Because the leveling effect is obvious. The advantage of flattening with bow-shaped molds is that there is very little investment. Every PCB factory has ovens. The flattening operation is very simple. If the number of warped boards is relatively large, you can make a few more bow-shaped molds. You can put them in the oven at one time. Several molds, and the drying time is relatively short (about tens of minutes), so the leveling efficiency is relatively high.

(2) The PCB board is first baked and then clamped into the arch mold to press and flatten:

The baking temperature of the PCB board should not be too high. ) Bake for a certain period of time, then take out a few to a dozen sheets, clamp them into the arch mold, adjust the pressure screw to make the PCB board slightly deform in the opposite direction of its warpage, and after the board is cooled and shaped, the mold can be removed , Take out the leveled PCB board.

The PCB board that has been leveled by the bow-shaped mold has a low warpage rebound rate; even after wave soldering, it can still remain basically flat; it has little effect on the appearance and color of the PCB board.

PCB board warping is an extremely headache for PCB factories. It not only reduces the yield, but also affects the delivery time. If the bow-shaped mold is used for thermal leveling, and the leveling process is reasonable and appropriate, the warped PCB board can be leveled and the problem of delivery time can be solved.